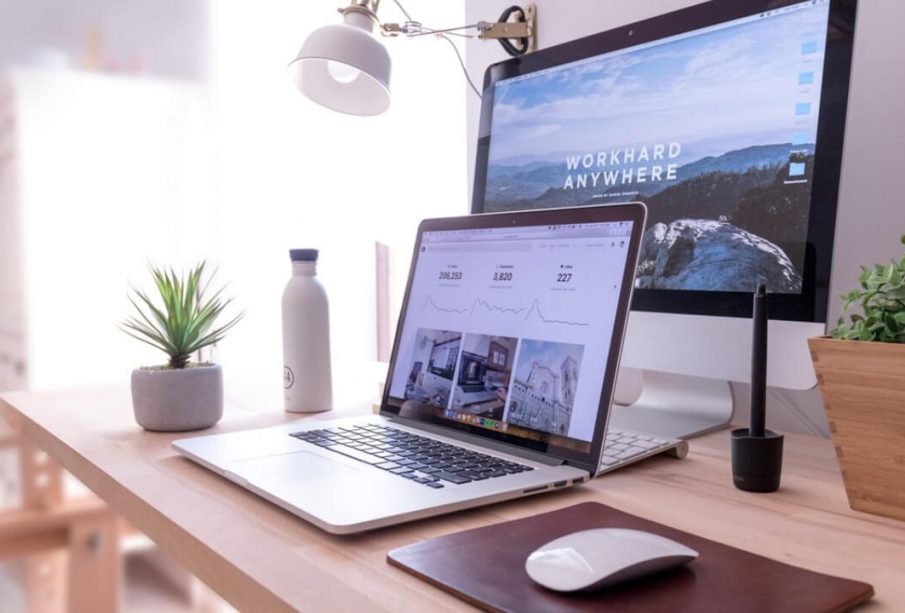 When building a new system – especially the first time – it is very common to have serious doubts about the sequence in which to proceed.

Do I install the CPU first, and then the memory and last the CPU cooler, or do I need to reverse some steps?

Unfortunately there is no clear cut answer to that question. It depends on the components on your desk how to proceed. But in general it makes sense to get a feel first for what connections are located at what place on the motherboard, where are the connectors from the chassis going to fit on your motherboard.

Don’t rush. Take your time to get familiar with all the components on your desk. Look carefully at the different cables and connectors. Do not forget the cables from the PSU (power supply unit).

Time to lean back a bit and contemplate what to do next, because now it is getting serious and the sequence you want to use to mount all the other components depends very much on the kind of chassis / case you have. In my own situation I have a motherboard tray that can slide into the case, so obviously the next step is installing the video card and other cards as the next logical step. Then mounting the rear fan to the sliding tray and connecting it to the motherboard. In this situation that was all I could do in regard to the motherboard and main components. I could just leave the tray laying on the desk and start concentrating on the rest of the system. 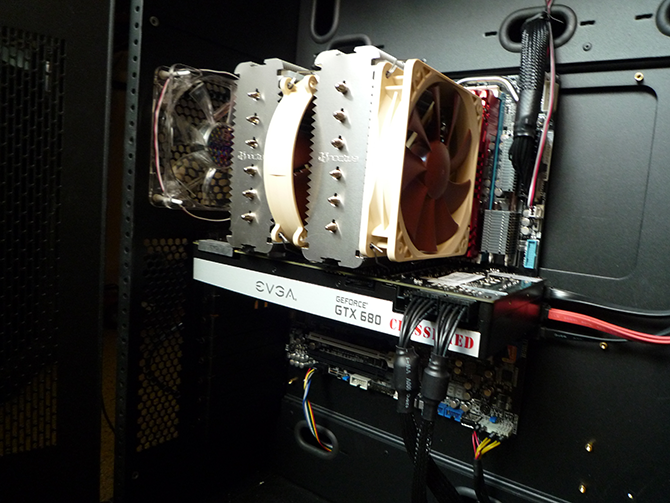 However, not all cases have a sliding motherboard tray and the cases will differ in internal dimensions and the position of the PSU, at the top or the bottom of the case, the position of the case fans, rear or top, number of disks to be installed, etc. So, before you blindly start installing other components in your case, carefully consider how easy or hard it will be to attach fans to the different connectors on the motherboard, will it be difficult to install the case connectors for reset, LED, USB or IEEE-1394 etc. if you install additional cards first? If you connect the power cables to the video card, how will it hinder attaching SATA cables to your disks?

Especially if you have not built a system before or you have a new chassis with an unfamiliar layout, take your time to consider these issues.

Normally one would continue with installing the PSU now and attaching the power cables to the motherboard and video card, but if the PSU is mounted at the top of the case, keep in mind that you may have to install top mounted exhaust fans as well. That may require installing the fans first and then the PSU.

The next step would be to connect the chassis cables for restart, LED, USB, audio, IEEE-1394 etc. to the motherboard. Then come the additional fans and last the disks, BD / DVD burners and multi-card reader. I don’t expect you would have as many as these: 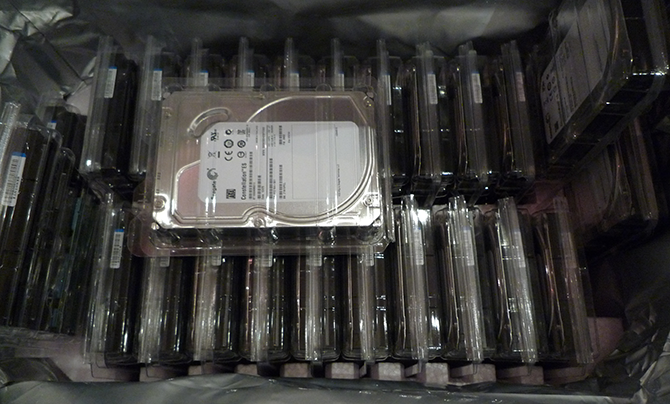 Once you have installed all your drives, the size of your case may become a nasty hurdle. In the case of a mid-tower, space to connect the power and data cables to the disks and BD / DVD burners may prove to be rather hard, due to lacking physical space, but make sure all connections are properly seated. In a big tower it is much easier to connect them and to clean up the cable mess and to keep a good airflow for cooling in the case. 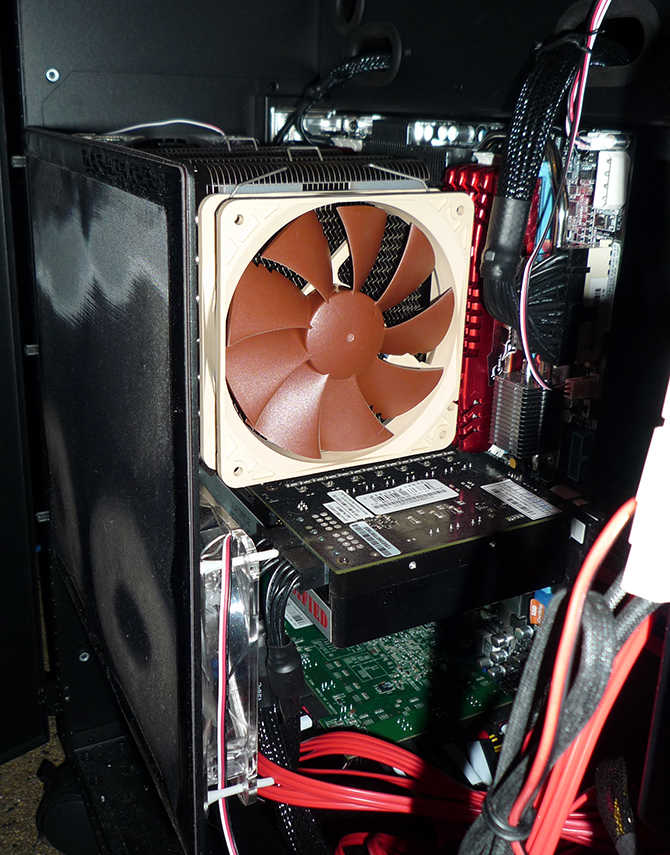 Once everything is installed and all the connections are properly seated, the last task is to clean up the cable mess. This helps to improve the airflow through the system and keep the temperatures low. If you use temp controlled fan speeds you will also benefit from lower sound levels.

Although not a great example of cable management, this is what if looks like internally, with 29 SATA devices connected, 14 fans, plus IEEE-1394, 8 x USB2, 2 x USB3, eSATA and audio all at the front: